Recently, one of my coworkers asked me to make a cake for her husband's birthday. To celebrate his birthday, they had tickets to ride on a train - something he's been wanting to do for years - so she wanted the cake to reflect that.

Maybe I have babies on the brain...or maybe I'm just a kid at heart, but when I think of trains, I think of childish ones. You know the ones I'm talking about - The Little Engine That Could... 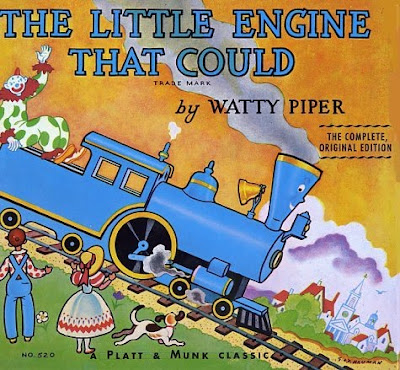 ...or Thomas the Tank Engine. 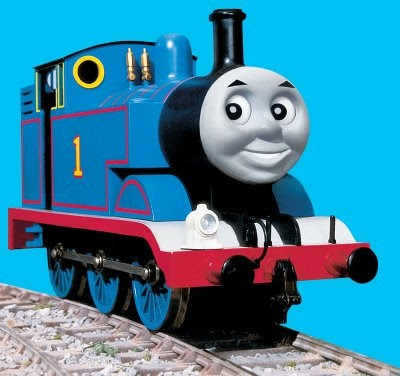 But that simply won't work for a grown man who wants a grown-up train. I finally decided to do a train silhouette against the blue sky. First, I iced the cake and covered it with marbleized blue fondant. (Side note: Would any of you have guessed that that's the correct way to spell marbleized? That's what spell-check tells me at least. I would have gone with "marbelized" but that's just me being the "Vocabulary Queen," as my Mom calls me... You learn something new every day, huh?)

I hand-cut the train out of black fondant and just stuck it on the side of the cake with a little water. Ta da! 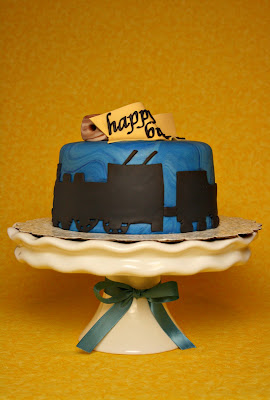 For the cake topper, I made one of those old-fashioned wooden train whistles out of marbleized (there's that word again) brown fondant and a yellow banner that read "Happy Birthday." 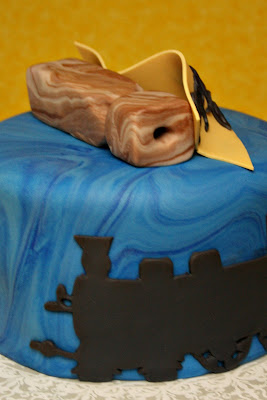 Phew, it's always a challenge to make cakes masculine. I always want to pretty them up! This weekend, though, I get to glamorize my heart out! I've got a super girly surprise cake due this weekend, and I can't wait to start on it!
Posted by Melanie

The whole process you make the cake topper and cake is quite creative. And the final cake looks so great. 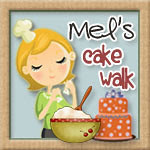 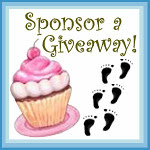 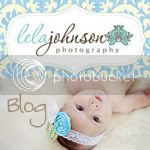